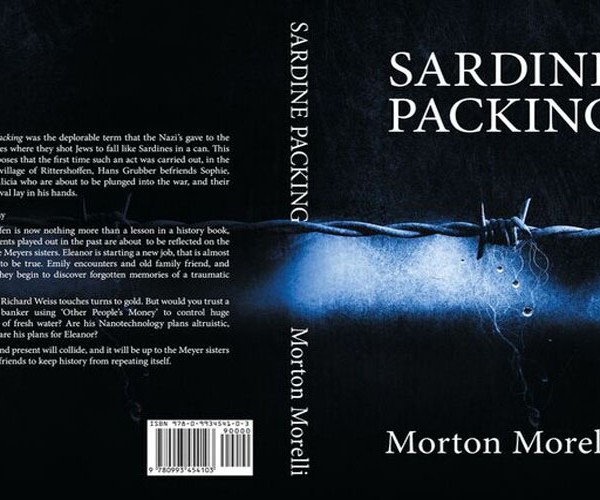 Sardine Packing is the deplorable term the Nazi’s gave to the mass graves where they shot Jews, to fall like Sardines in a can.

Book 1 covers the first 14,000 words, and it is set in World War 2. The camp is the first death camp where Jews are to be transported and then executed. Himmler, who had the idea in the first place, visits the camp to meet Hitler to put his final solution in practice. I set out here to show a beautiful place involved in the War. Old footage of the War always look bleak, but Europe was still very beautiful, and I set the scene to highlight this as I liked the contrast between the beauty, and the horror of war. I also show the financial impact of the proposed slaughter of some 5 million Jews.